Touch Screens are usually constructed of several component parts and fitted in turn to the front of an LCD to create a User Display and Interface. Integrators will tend to describe the assembled monitor as a touch screen and may include a bezel, frame or other housing.

Display Technology Ltd have an enviable range of touch sensors - This is the part that a User will actually interact with and may include a thick cover glass, either as an additional component or as part of the touch construction itself. With our relationship with Zytronic and our Infinite bespoke capability any client looking to design a touchscreen should be talking to Display Technology.

Touch Controller - This is connected to the Sensor and interprets the signals picked up by the sensor to control a connected PC or controller. With the nature of the PCAP technology there will always be a certain amount of setup required, we have the tools and engineers available to make this process as simple as possible.

For more information on our Touch Screen Components please contact us today on 01480 411600 to see how we can help you find the perfect display solution. 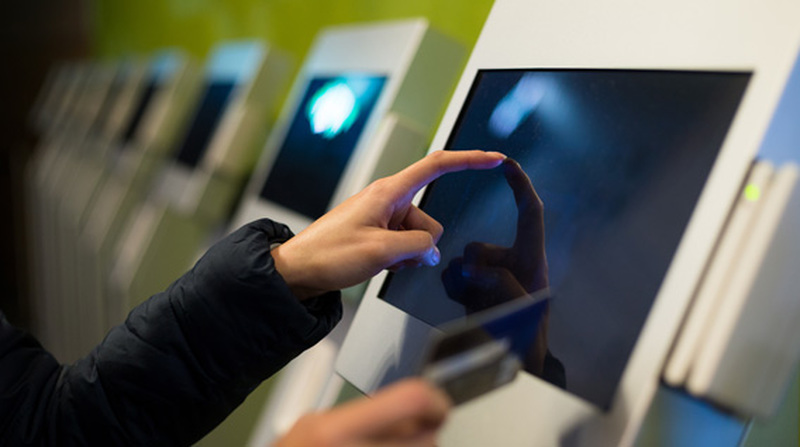 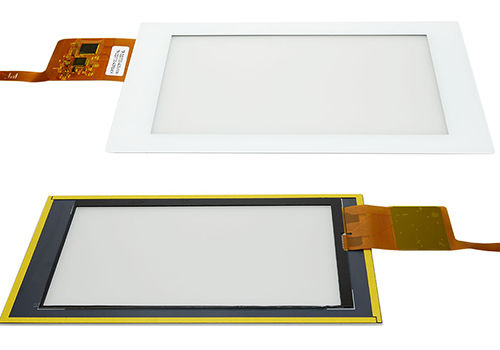 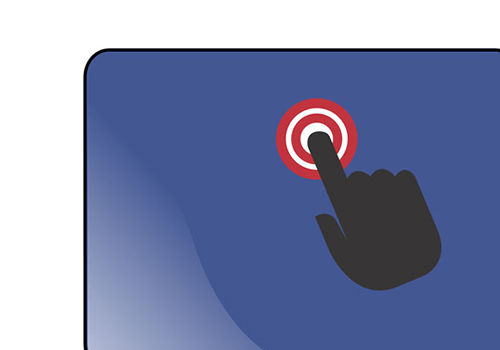 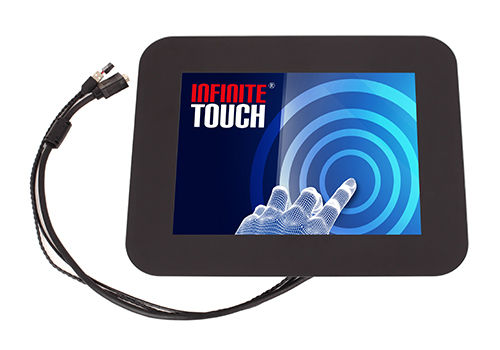 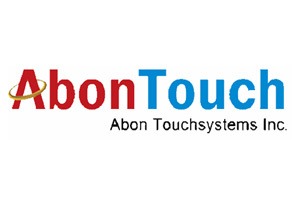 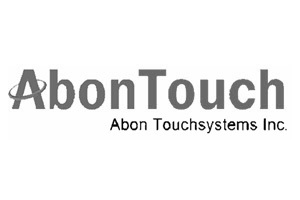 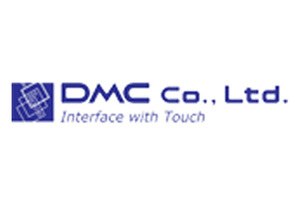 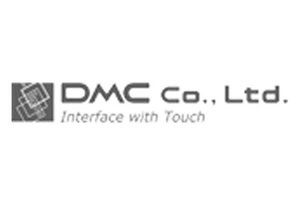 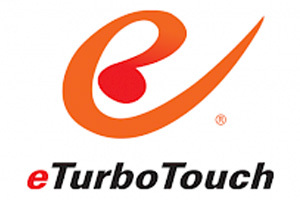 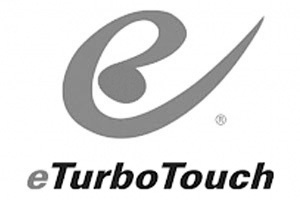 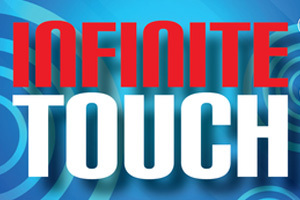 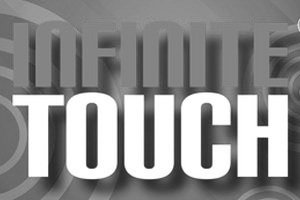 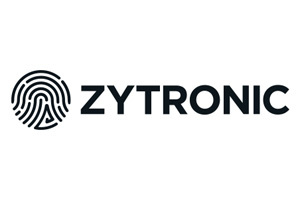 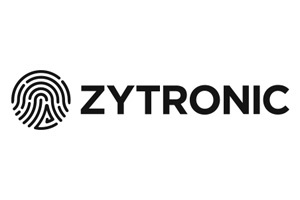 We have compiled some useful information on the available types of touch screens and the touch screen components we can supply.

Are usually constructed of several touch screen components and fitted to the front of an LCD to create a User Display and Interface. Integrators tend to describe the assembled monitor as a touch screen, and this may include a bezel, frame or other housing.

This is the part that the User will actually interact with on touch screen monitors and may include a thick cover glass, either as an additional touch screen component or part of the touch construction itself.

This is connected to the sensor and interprets the signals picked up by the sensor to control a connected PC or controller. 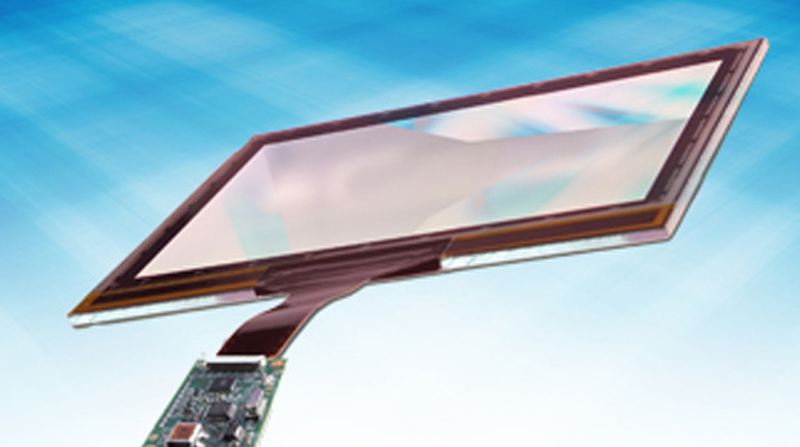 Projective Capacitive (P-CAP, Pro-Cap or PCAP) touch sensors function by maintaining a standing electrical charge across the sensor that extends through a contact surface, where changes in the electrical charge caused by the proximity of other capacitive bodies (such as touch stylus, fingers etc.) can be detected by a touch controller. The charge is usually generated by a series of cells and axis and degree of change in this charge on each cell or axis can be interpreted to identify the location of the touch. Various construction types are available with differing characteristics and usually fitted behind a durable glass user surface.

A capacitive field can be maintained in a pattern of conductive micro-wire (usually copper, but sometimes silver alloy) fixed to a suitable sensor glass or flexible foil. More complex patterns of wire in cells allow for multi-touch. Due to the low resistance of the wire compared to other PCAP construction methods the field changes caused by the proximity of other capacitive bodies can be very accurately measured or a more powerful field generated that can extend through much thicker contact surfaces for a more rugged construction. Manufacturers include Data Display Group, DMC and Zytronic.

An ultrafine mesh is imprinted into a suitable substrate using an etch/metal sputter technique to create fine conductive layers that combine the low resistance of wire PCAP with the good transparency of ITO PCAP. Large sensors are possible with multi-touch.

Indium Tin Oxide (ITO) is a transparent, conductive alloy. Using advanced printing and surface preparation methods a clear cell-pattern of ITO is imprinted into a suitable substrate and can support a standing capacitive field in the same way as other PCAP technologies. ITO glass sensors have excellent light transmission quality and the construction methods allow for very fine cell structure and multi-touch. However ITO is not as conductive as wire or mesh so it is limited to thinner surface glass and handling larger touch sensors under this manufacturing process is very difficult so larger sensors are correspondingly more expensive. Manufacturers include DMC.

Although PCAP touch sensors are usually fitted to Glass substrates, many of the construction types can also be made into/used as a flexible polymer substrate that can be applied to an alternative, non-conductive user surface. This can be a customised formed, curved or printed glass, artificial stone such as Corian, wood, non-reactive plastics or a number of other materials. As the substrate is flexible, a wide range of shaped and profiled user surfaces are possible, with surface texture, colour and finish much more bespoke than could be achieved with a mass production glass sensor.

This refers to the style of touch screens made popular in tablet computers and smart phones, where the touch sensor (usually a PCAP) is built with an over-size front glass that extends right to the edge of the device with no protruding bezel. This effectively removes any barriers to the user reaching all parts of the active area of the display and the sheer, simple aesthetic is very prevalent in handheld and larger applications.

A simple type of Capacitance circuit where a thin sheet of glass is treated on one side with a conductive coating and a static charge is applied. A touch on the untreated side of the glass will affect the strength of this charge in relation to the position of the touch and this change can be measured using a sensor at each corner, the scale of the changing value serving to locate the position of the touch. Coating treatments are not uniform enough to ensure that all sensors are manufactured to the same quality so the controller will tend to be produced alongside the sensor and calibrated in the factory to a specific sensor. Surface capacitive sensors are limited to single touch but are more rugged than resistive types and cheaper than most PCAP touch sensors.

Surface Acoustic Wave touch sensors are a simple and relatively rugged technology that functions by passing ultrasonic waves through a thick, formed glass sheet. When the glass is touched, a portion of the wave energy is absorbed and this change is measurable by the touch controller. SAW touch are notable for their good transparency and their speed of response but are usually only single touch and function is easily impaired by any surface contamination and damage to the touch surface invalidates the entire sensor.

A 4-wire resistive touch screen is a very simple touch sensor that uses dual layers of a flexible, conductive material that deforms under a touch and the layers make contact, the position of this contact is determined by the change in resistance of the circuits. A four-wire type resistive uses 4 electrodes, one along each edge, and the touch controller alternates between sensing x and y axis readings using electrodes on opposite sides to carry a voltage difference and one of the adjacent electrodes to sense the touch. This construction method uses a deformable material to function, so a resistive touch sensor will wear out over use and require recalibration over time to stay accurate but it is also cheap, reliable and accurate when calibrated correctly. It can also be used with gloved hands or a touch stylus.

A 5-wire resistive touch sensor is very similar to the 4-wire versions, only instead of using two separate layers with different axis on each, x and y electrodes are on one layer and the upper layer deforms under a touch to make contact and acts as the sensor. 5-wire touch setups use harder to manufacture components and more complex controllers but have a significant advantage that the contact layer (the part that a user actually touches) if damaged or worn will not affect calibration. The touch screen monitors sensor will stay accurate over use unlike a 4-wire sensor that will need to be repeatedly recalibrated to remain accurate.

Analog Matrix Resistive touch (AMR) is an advanced resistive type sensor that essentially breaks the sensor area down into many hundreds of tiny resistive touch cells that can detect multiple touches with an extremely high degree of accuracy and speed. The technology is cheaper than PCAP options but more expensive than simpler resistive types and only as durable as 4-wire resistive, AMR sensors also block more light than other touch sensor technologies. Manufacturers include Abon.

8-wire resistive touch is a modified version of 4-wire resistive touch that uses two wires per electrode instead of one. These additional wires can be used to periodically check the internal resistance of the sensor cell and correctly for wear over time, reducing the number of times recalibration may be required. 8-wire resistive has been developed by DMC for use in high-traffic/usage applications.

Infra-Red touch screens use a simple set of x and y-axis LED (or LED Laser) and photoreceptors to detect objects passing between them to touch the display. Depending on the spacing between these LEDs, the resolution can be very high and support a larger number of touches. However, as the sensor will detect a ‘touch’ when the path is blocked rather than when a user actually touches the sensor this can lead to mistouches by the user. This type of sensor is also vulnerable to dust building up on the bezels and interfering with the function.

Dispersive Signal Technology (DST) touch screens use sensors in each corner of the display to detect charge from the piezo-electric effect caused when an object touches the surface of the sensor. A controller sorts and analyses the signals to identify where on the sensor the touch was made. This technology uses a tough glass user-contact surface, has good transparency and can be calibrated very accurately for use on very large sensors but is limited to single touch and will not register the presence of a stationary finger after the first touch, meaning some controls cannot be used with this technology.

If you have any questions about our product range, or wish to speak to a member of our team about your requirements. Please contact us using this form, or via our Contact Us page.